That was how many Bruce ordered for the guest bathroom. That was almost how many he used. There were a few left. I store them in the garage. They are bone-colored. Some are square. Some are elongated and bull-nosed. They sit in their open cardboard boxes like perfect teeth, like baby teeth, that smooth but sharp edge without a single bit of use.

Bruce died a few weeks after finishing the bathroom. When I look at the tile now, I see Bruce. I see him, and my husband, shoulder to shoulder, slapping on the gray mud, putting each tile in place according to the plan Bruce laid out. When Bruce showed me the design, sketched with precision on draftsman's paper, it looked like a river cutting through algebra. I'd asked him to use polished pebbles in the design, to soften all the hard-edged white. I don't want it to look like a hospital, I said. I want it to look like earth and cloud. The pebbles formed a wild, haphazard but contained band, weaving through the perfect order.

I never counted how many pebbles. There are hundreds.

Day after day Bruce and my husband worked to fit each tile and stone into its preordained palm of mud. They talked. They discovered they were the same age. Shared many of the same experiences, of the same places. Or they listened to the radio and slapped and stuck in silence. So many pebbles. It takes concentration as well as teamwork.

It took almost two weeks to finish the remodel.

When Bruce's wife told us Bruce had died, we refused. It wasn't possible. Bruce was too young. Only 63. We'd just gotten to know him. Bruce and my husband were fast becoming friends. They were going to play croquet. They even looked the same, the same gray, grizzled beard and wild hair, though Bruce was shorter and stockier, and more deliberate. He stared at problems until they were solved, moved slowly, made sure everything was right. Left to our own devices, we would simply have guessed how many tiles. We are haphazard, that way. Bruce aimed.

We cried, my husband especially. How can you be a man, a friend, cheeks flushed red in labor, at one moment, and then a cold ember fallen next to a pick-up truck, the next?

I went and stood in the bathroom. A kind of horror swept over me. A good man had spent some of the last weeks of his life in this small room, because I'd wanted my guests to have fresh grout. Given a choice, would anyone do this? If you could know these are my last weeks on earth? And how slow had I been to choose between three shades of white? Bone, white, cream? How many days had I wasted?

Bruce's wife invited us over to their house, three streets down from ours. A beautiful house, with snug rooms in colors of firefly matings. Bruce had started an addition, off the kitchen. He was doubling the size of the place. He had the foundation done, the walls, the roof supported by thick beams, the pounded earth floor. He had also just finished a deck for another neighbor, a tricky assignment: the Trex had had to be cut like a river to fit around trees, stones, in the undulating landscape.

He was very proud of the finished deck, she said. Bruce was a trusted problem-solver, and beloved for that. She knew something was wrong when he didn't come home from the deck-job. She found him beside the truck, eyes open and surprised. The days since then, she said, had been terrible and beautiful. On some days life was so exquisite you looked at the clouds and every pore of light registered.

She showed us pictures of Bruce going back to their college days, when they had met, in art school. He had always been a builder, a maker. He had always been prized for his work and the care with which he undertook and finished it. She showed us some of his paintings, still-lifes, beautiful. But he mostly chose houses and decks and tile and stone and pounded earth. What people live in, not with. She took us to his workshop, stuffed with tools and long, painted trim boards. Deep blue.

The other day, I carefully cleaned the tiles in the bathroom. The pebbles, in blues, grays and greens, are cut in half, so they lie flat and smooth, also easy to clean.

Can we put a niche in, I asked at the last minute, for the shampoo bottles? Framed in the bull-nose? With a pebble backing?

Bruce rubbed his beard, thought about it. I never saw him answer quickly.

The niche for the shampoo bottles took an entire day to build and complete.

It is the most beautiful part of the bathroom, like something you would find built into an Etruscan wall, or the space left when a trout vanishes.

I'm Mylène Dressler, novelist and essayist, and there are times, out and about, when I try simply to sit still, listen to people, take in wisdom, mark down words.This blog records my love letters to the American journey, and to those we meet on our way. Thanks for stopping by! --M


"Captures both heartbreak and hope, wrapped in careful language that is crystalline in its clarity."--The Denver Post

"Dressler signals that she sets out to write, not just to tell, a story."--The Houston Chronicle

To contact me about the blog, please visit my homepage.

This blog flies under the flag of the Creative Commons. Posts on this blog may be re-published as long as you give proper attribution/link-backs to the author and blog. 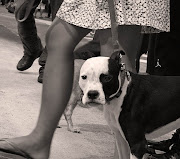 requires that I inform you, dear reader, that as an author and blogger I occasionally receive books from publishers, other authors, and PR firms for review. These are added to the already tall stacks in my office and on my Kindle. You can be too rich, my friends. You can be too thin. And you can have too much horseradish. But you can never have too many books.